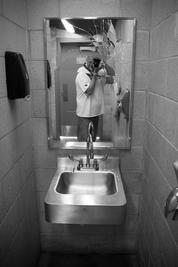 A number of things have been happening lately. Last year I received a total of 38 international awards or honors. This year I am already approaching that mark. I also photographed the ArtWeekDSM2018 and the Des Moines Arts Festival. I was able to meet and photograph some amazing artists again this year as well as photograph the groups Sir Sly and Spin Doctors from stage. Although it was a lot of time and work, it was again a wonderful experience.

4 new honors this last week for my image of a man walking through a city skywalk at sunset. Two from Foto Arte (from Poland and Brazil) one from Progressive Street and one from a new group to me Higher Level Street Photography.

Also note, I upgraded to a Fuji X-T2 from my X-T1. I also set a side the Canon SB4 (I was tearing to much film) and picked up a Leica M6 to continue shooting film. I just uploaded a couple of new old school images.

I will be doing some Light Painting work of antique airplanes for a client in a few weeks. Stay tuned for some images from that.

I have been lacking in my updating this page on the website. Sorry about that, however I am thrilled to have been given a number of awards and honors for several images that I have now uploaded throughout the website. The last two months of "Thursday Night Photo" have each been honored with one or more awards. I am really excited and thrilled by the overwhelming support I have received for my images. Thank you so much!!!

Received 5 honors for my image 'Luka" This was such a great surprise!

Honored to have my "Waiting to go on 'Green'" image selected for the Vivian Maier Facebook group gallery. You can see this image on my Street page.

Received a selection award from Kaleidos today. Its a great honor, as there is so many incredible images shared in that online group. The award was for the image of the Peace Bell in the fog and was under the Minimalism & Geometry category.

Today my image of the Quad Cities Bridge was awarded with two honors. The Kaleidos - Mimimalist  or Geometry award as well as an award for Kaleidos - Top-Selection Black and White. It a great honor to have received these awards. Thank you to the admins at Kaleidos.

The Des Moines Art Center recently held an open call to photographers for a community photography juried showing. I received notice that my works were accepted and will be exhibited in their educational wing of the gallery from Mid December until January 3rd. This is very exciting for me as I have wanted to be displayed there for years.

I have been honored with two more awards on Facebook photography user group communities. My image of the Sturgeon Bay Lighthouse has received the Kaleidos - Minimalist Geometry award as well as an award from One Nite Shot Photography for best shot and was placed as the banner for the user group for the week.

Honored with being selected by "The World In BnW" Facebook user group community for "Best Of Day" photo.  You can see there image on the Black and White page.

My exhibit went well at Alexander's Photo for the Valley Junction Gallery Night. Although a smaller turn out due to other events taking place than normal we still had a great turn out. I would like to thank everyone that came out to see my work. If you get a chance please stop by the store as a number of the images will still be up for a while yet.

Vivian Maier Street Photography Inspired challenge for Street Images for the category "Fun at the fair" was announced. My image of the boy on the zip line at the Iowa State Fair received first place. ​It has also been accepted for placement in the gallery. Thanks to the judges and all their work. There was a number of spectacular images entered that I saw.  You can see this image on the Street page.

WGN in Chicago just aired my image of the Meteor and Lightening over Lake Michigan. They also have it on their website.

Received news that one of my photos was accepted to be shown on the local news website. KCCI put it up and as of today it has hit  with more than 1800 posts, likes, emos. It was referred 175 times and from that several hundred more comments and likes. Putting it somewhere around 3000 total from all groups and posts. I am so floored that so many people liked and commented on the image. It is humbling as well as exciting. The image is on the color page. As so far have gotten several orders for it. Here is the link to the image. You may need to copy and paste it to work.

Just finished my first relaxation video. New to doing this so it was a fun challenge. You can check out the 15 minute video on my new YouTube Channel: Cameraexpressions

Other news a Canadian photography company just added me to a list of Fine Art Photographers to watch. Thank you ABCFineArtPhotography!​

A couple months ago I gave myself a personal challenge to post a new photo on FaceBook, Twitter and Instagram on Thursday nights until the end of the year. So far its going well. I have been able to build enough of an inventory of new images to last the next several months. A lot of photo editing hours spent and a lot of miles traveled. During this little quest,  I met the owner of  a private train collection. He granted me full run of his private train yard. Yes, these are real train cars. He is restoring them. There are a lot of possible images there. One of the first I took was a light painting of an old presidential train. Although I did one in Door County of a ship, at the time this was the biggest object I have light painted. It took me several hours to do and will involve compiling almost 100 images into one. So far its looking good. More to come on that. If you want to see the Thursday night images or the completion of the train, please follow me on Twitter or Instagram.

Just returned from a photo trip to Door County, Wisconsin. It had been a while since I was last there. A number of things had changed. One noted thing was the access to the shore front has now been more restricted by development. A number of people have purchased property and have shut down areas of the shore you could walk along in the past. Thankfully more little parks have popped up to still provide some access.

I have just started going through images from the trip and have a number of successful photos to add. I will be posting them through out the next few weeks on my Facebook page and some will be put on various pages of my website.

Met some great people and a number of fellow photographers and artists.

New website getting ready to publish. Updated with many new images. I also added "Street Photography" to the pages.  Hope you like it.

Steve and Marianne Alexander from Alexander's Photo have asked me to be a featured photographer on their website. The team at Alexander Photo have helped me so much over the years. They have been incredibly supportive of me and my photography. Anyone reading this should stop by and support them if they can. They are a small shop with huge hearts and tons of knowledge. They are located at 113 5th Street, West Des Moines, Iowa. 515-288-6888.

I am excited to be a featured photographer on their website. I also will be doing a showing this fall with their sponsorship during the gallery walk night. Check back for more details on that.